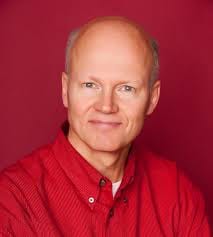 Speaker of the House of Commons, Geoff Regan

A recent article that I’ve written for the Canadian Stuttering Association website is entitled:

Speaker of the House of Commons, Geoff Regan

A longer version of the article, which will appear at the Preserved Stories website, will be entitled:

“Now Speaker of the House of Commons, in the summer of 1982, Geoff Regan dropped into a Halifax speech clinic to ask for some help.”

The Honourable Geoff Regan is Speaker of the House of Commons

I spent the past weekend (December 10 and 11, 2016) working on the above-noted article. For the post at Preserved Stories, that you are now reading, I’ve written some reflections about what I have learned, and what I’ve been thinking about, during the writing of the CSA article.

I’m really pleased how it all worked. The couple of items that were posted this weekend at the CSA website serve as a great form of communications on behalf of Canadian Stuttering Association (CSA).

The second item that was posted, aside from my own article, is by Lisa Wilder and is entitled:

I much enjoyed working on my own little article. I like the way that Lisa Wilder has done the layout for the article, at the CSA website – very professional, very effective work! The layout underlines for me that how a text and graphics are presented is just as important as the text itself, important (and it is very important) as the content of the text may be.

Speech-Language and Pathology and Audiology Canada

I’m also pleased to know that Daniele Rossi of the Canadian Stuttering Association has in the past been in touch with the national organization, known as Speech-Language and Pathology and Audiology Canada. That’s an interesting and impressive organization. The shorter name for it – Speech-Language Pathology and Audiology Canada (SAC) – is a step ahead from what it used to be called in the past. Before, it was the Canadian Association of Speech-Language Pathologists and Audiologists (CASLPA). I used to say, “This is a group of people who are experts in communications; yet, they have the most unwieldy name and acronym. Is this ironic, or what?” The acronym SAC is definitely a step in the right direction.

I believe there is tremendous value in networking and liaising , on the part of the CSA, with groups such as SAC.

CSA, of which I’m a co-founder (25 years ago), has a culture and constitution in place, whereby the association is independent of speech professionals (which I think is very important, especially (but not solely) in terms of public relations and media relations on behalf of people who stutter), but at the same time CSA is pleased to work in cooperation and collaboration with them.

I found an online document, well worth reading, entitled: History of Speech-Language Pathology in Canada: Our First Fifty Years

I haven’t read it yet. Time is always at a premium, for each of us.

I want to share a comment with regard to the work by Daniele Rossi in the area of what people like to call comic journalism, work by Karen Hollett in the area of children’s books,  as well as the work by many people through the Canadian Stuttering Association website and social media initiatives. This is impressive work, in all of these categories. It’s a source of strong inspiration for me.

Whenever I give talks to elementary students, which I do about once a year, about my own encounters with stuttering, when I was younger, I read Karen Hollett’s book, “Hurray for Aiden” at the end of my presentation. It’s a great complement to what I share with kids about my own life story, with a focus on the struggles of the early years and how I addressed the particular speech challenge I was facing.

It took me many years to find a way to address this challenge, but fortunately, I persevered, never losing sight of my goal, until I found a solution that worked for me. After that, I worked very hard, for many years, to maintain my newly-acquired fluency skills.

Some of the events, from those many years ago, are still incredibly moving, even now when I think about them. For example: Some people never gave up on me. They never questioned, whether I would ever find my way. They will never know, how much I owe to them. A kind gesture, a smile, You would never know what an impact that can have.

I recall one event, when I was already 30 years old, where I realized that I had almost lost hope that I would ever be able to say a full sentence without struggling over some or all of the words. A voice inside me said, “You’re not supposed to lose hope, and you were so close to losing it.” As it turned out, I never lost hope. I kept on seeking the answer that would work for me.

I’ve learned so many things of value, and have gains so many insights, as an outcome of this quest, and as an outcome of comparing notes with other people who stutter, across Canada, and in countries around the world.

My own interests these days, especially in terms of volunteer work outside of the stuttering community, is focused among other things on developing my capabilities in the area of comic-journalism narratives and online videos. I also have a growing interest in podcasting as a platform for storytelling, and in development of concepts related to citizen journalism.

From time to time, I do TV interviews, most recently for City TV, in my volunteer work in my local community. I’ve been doing such interviews for close to thirty years beginning with my volunteer role as a media relations person working on behalf of the Canadian Stuttering Association.

I’ve found, in recent years, that I get much more airtime, than I used to get in the past (that is, more of what I said to the reporter is actually used in the final broadcast), because I’ve now learned to do a nuanced amount of role play – that is, I make it a point to really get into the role, with suitable expression in my voice and liveliness in my delivery, of the “local resident being interviewed” – when I’m speaking with a news reporter.

The part that role-play and drama can play in all aspects of life is a source of enduring fascination for me. I came across role play and drama, in a practical, experiential sense, during the years that I worked as an elementary teacher.

Role play and drama is such a great way for students (and, in fact, people in general, of all ages) to demonstrate their understanding of what they are learning.

Out on the Wire: The Storytelling Secrets of the New Masters of Radio (2015)

This is also an area that I’ve studied, and continue to study extensively, at a theoretical level, in terms of social science research (social psychology, linguistic anthropology, the work of Erving Goffman with regard to the concept of “presentation of self”).

A great resource (among many great resources that are out there), with regard to all of these topics, is Out on the Wire: The Storytelling Secrets of the New Masters of Radio (2015). The book is a form of comic journalism; it’s absolutely first-rate.

Here’s a small excerpt, from my notes about the book. At the start of the book, as I recall, the author notes that a particular American radio show has a framework that differs from an A & E type of documentary.

The non-A & E stories, the narrator notes (this is all stated in comic-strip panels) are character-driven. They follow the same structure, a literary structure, as a fiction story might have.

Here are some notes, that I’ve written recently, from the above-mentioned book:

You need one character, that you identify with, who interacts with other characters in a very specific way. There’s conflict, change, and resolution. (And not necessarily the resolution part). These elements are inherent to the story. The characters change and grow, and they learn something *new and surprising.* The show (that the narrator is talking about, at the front of the book) is always going for something surprising. A surprising situation – where something comes to a conclusion that you don’t expect. Later, in the book, it’s noted that you start with the rules and sometimes you can break them.

This is a great book. I recommend it strongly.

What’s in a name? Quite a lot, it turns out.

Shorter appears better, with names of organizations. I think it’s something we learn over time. It’s a matter of copy editing, in slow motion – that is, over a long period of time.

Innocence Canada, by way of example, was formerly known as the Association in Defence of the Wrongly Convicted, as a Dec. 13, 2016 Toronto Star article, entitled “Innocence Canada to receive $300,000 annually for the next three years,” notes.

The Canadian Stuttering Association (CSA), by way of another example, was originally named the Canadian Association for People Who Stutter (CAPS). The shorter name made the group’s media relations efforts much more effective, than was the case when the association was known as CAPS. Reporters and producers, and a lot of other people, find it easier to work with shorter names, as compared to longer ones.

The speech clinic I attended in July 1987, almost 30 years ago, and which has had a tremendously positive and powerful impact on the trajectory of my life, has a very long name. I would not be writing this post today, had I not attended the clinic. It’s called the Institute for Stuttering Treatment and Research (ISTAR). I often just refer to it as “a speech clinic in Edmonton.” It would do even better, in terms of branding and media relations, I do believe, with a shorter name. However, it’s my understanding that the board at ISTAR likes the name (and acronym) as it is, and it’s not about to change it, so far as I know.

It must be said, with regard to ISTAR, which can be read as “I star,” that as an acronym, this combination of letters in more communicative, and more engaging, than many of the acronyms that a person is likely to encounter.

SAC is a step forward from CASLPA, but further progress with the name may be possible. One of the reasons we switched from CAPS to CSA was because we had the opportunity to look at the names of other national stuttering associations around the world.

Similarly, when we founded CSA in 1991, it was called CAPS, because CAPS has a nice ring to it; it stood for the Canadian Association for People Who Stutter. In time, we found it worked much better to call it CSA (Canadian Stuttering Association). CSA is less catchy than CAPS but CSA works better, because it involves a more condensed combination of words.

We began with catchy acronyms, in the case of SAT and CAPS, because we were using ISTAR as a conceptual prototype.  Subsequently, with the passage of the years, we changed the framework, that we were using to look at things, as it relates to the name – and therefore also the brand – of the organization.

With regard to the topic of changes in names of organizations, a Feb. 13, 2017 CBC article is entitled: “Rate My Hospital: What’s behind health charity rebranding moves in Canada
Basic suspicion of institutions fuels cynicism that charity sector aims to counter.”

The lead segment features a blogger who attended the ISTAR clinic in July 1987, which in 2017 will have been 30 years ago.

Of related interest is a video, directed by Jaan Pill, entitled: “Stuttering – A Listener’s Guide”: