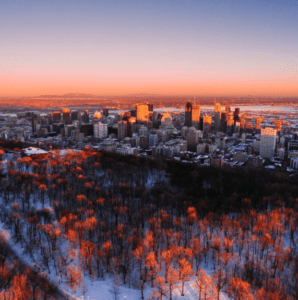 I am very pleased that at a previous post about Morison School in Montreal, which I attended in the 1950s, we now have forty comments.

I am pleased about the forty comments because I see such tremendous value in the sharing of a wide range of viewpoints and reminiscences at the Preserved Stories website.

In a sense, the presence of the large number of comments underlines that the ownership of the post in question is widely shared; it’s not merely a venue for me to share my own, individual view of things; instead it’s a venue in which other people also have the opportunity to take ownership of the space.

Most recent comments from Bert Eccles

In the most recent comment, Bert Eccles (MCHS 1968) writes (and I am posting it at the current blog post, by way of bringing attention to it):

Elementary school is a major part of a child’s world, but it’s not his complete world. I thought it might be interesting to retrospectively look at what was going on outside the walls of Morison during the seven years I was there. Thus, what follows is a completely subjective and personal view of what I remember of the outside world as seen from my limited perspective between ages five and twelve. I hope that others feel inspired to share their own personal memories on these and other themes.

I’ve listed some examples of key areas that I remember for each year and I’ve used each grade, academic calendar year, and teacher as headings. I think there were two class teachers for my grade each year that I was at Morison; I’ve named my teacher in each instance. I don’t know the names of the teachers of the other classes (although I think the “other” Grade 7 teacher was Mr. Bursey).

Grade 1, 1957-1958, Mrs. Cook. News/Politics: John Diefenbaker was beginning what would be a six-year run as Prime Minister. Sports: The Canadiens won the Stanley Cup for the third consecutive year. Floyd Patterson was the Heavyweight Champion. Soundtrack: Perry Como: “Catch a Falling Star”. TV: “Have Gun Will Travel”.

Grade 7, 1963-1964, Mrs. Burt (she moved from Grade 6 to Grade 7, just as we did). News/Politics: Assassination of JFK. Sports: Young Yvan Cournoyer was brought up to the Canadiens for five games and scored four goals. Toronto won its third consecutive Stanley Cup. Cassius Clay beat Sonny Liston to win the Heavyweight Championship and then changed his name to Muhammad Ali. Soundtrack: The Beatles: “Roll Over Beethoven”, “I Wanna Hold Your Hand”, “She Loves You”, and many, many more, as Beatlemania exploded in North America. TV: Burke’s Law.

Obviously, a lot of other things happened in those seven years, but the ones above were the most memorable for me. What are your memories?

I thought about Bert’s timeline (above) after I subsequently wrote a post entitled:

You enter your birthday, and The Atlantic Life Timeline shares a brief tour of the history that’s happened all around you

I became interested specifically in local history only after I had retired from teaching, and made a practice of taking my dog for a walk around the perimeter of a local construction site.

I ended up documenting the building site over a couple of years and in the process became involved in the work of a local historical society, when one of its members stopped to talk with me as I was taking pictures at the construction  site.

My contacts with the local historical society led me to become interested in a local Small Arms Building in Mississauga. I live in Toronto close to the Mississauga border, and I think in the past I had walked by the building in question, without knowing anything about the history associated with it.

The documentation project at a local construction site also led indirectly to my involvement with a successful neighbourhood effort to save a public school, close to where we live, which would otherwise have been sold to a developer. The school-related project led me to development of extensive and productive contacts with people who had done extensive archival research about local history.

The story of the Small Arms Building in Mississauga, and the history of the historical site where the school in Toronto, that was about to be sold to a developer, is located, gave rise to a project, which now has gone on for more than five years, where I’ve been interviewing people about local history, and have been reading widely about world military history and the history of the British empire.

I mention this by way of saying that, in high school and in university, I pretty well would not have cared less about history. In contrast, just because of things that I originally began to learn, just from the fact I was walking around my neighbourhood with my dog, I have developed a keen interest in learning the many great stories that are out there, that deal with the past.

That is the context, that explains my own keen interest, these days, in learning as much as I can about elementary schools such as Cartierville School and Morison School in Montreal, which I attended as a child in the 1950s. I am really pleased that, as things have worked out, five years ago I set up the website, that you are now visiting. The website has enabled me, in a small way, to ensure that a small number of the local stories from the past, that are of interest to other people as well as to myself, are persevered, and celebrated, or commemorated, as the case may be.

This is very much a community effort. I am pleased I can help out with this effort, in my own small way.