I have a keen interest in local history and in recent years, I’ve had the opportunity to explore it at some length, through uploading posts to my website, making presentations, and organizing Jane’s Walks. 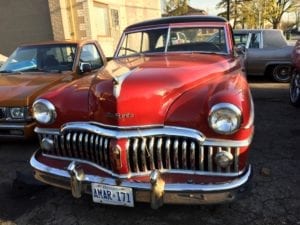 Local history is a recent interest for me; it’s an interest that I just happened to fall into.

The topic of history brings to mind a related subject, namely museums.

I’m not a regular museum-goer.

I am a big fan, however, of unofficial pop-up museums, as I define the term.

An unofficial pop-up museum does not exist except when a thought spontaneously arises, within the mind of a given individual or group of individuals.

That individual or group serves as the curator(s) of the imagined museum. 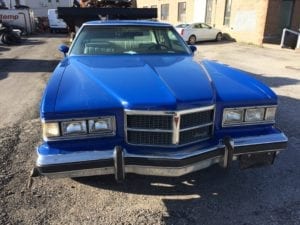 The spontaneous thought, that gives rise to a virtual museum, of the kind I am describing, goes like this:

I often encounter such museums of the mind. I will cite an example.

I often travel up and down Thirtieth St. between Lake Shore Blvd. West and Horner Ave.

Along that route, there are vintage cars – from the 1960s and other decades – parked near a body shop where such cars are being fixed up.

I like to read selected cars, in this museum of the mind, on Thirtieth St. in Alderwood.

I like to read the cars in the way I read a book. I read the forms and lines. What I encounter are strong, coherent sentences, with strong and apt punctuation. 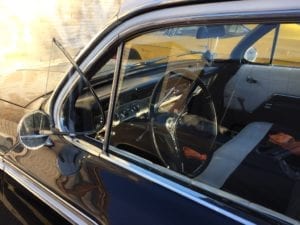 The cars in this informal, unofficial pop-up museum bring two things to mind, namely the work of American photographers Bernice Abbott and Stephen Shore, and the declining interest in classic car museums.

First, I have found it of tremendous interest to come across the work of two American photographers, Bernice Abbott and Stephen Shore.

Abbott has published some great pictures of cars from the 1920s and thereabouts – cars from that era, not seen as museum pieces, but actually in use, travelling along roadways. 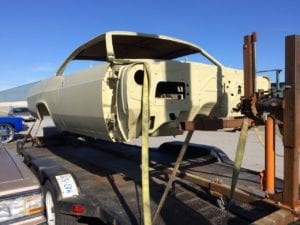 It’s truly a delight to see such cars, travelling under such conditions – that is, when these cars were brand new, just recently assembled  – recorded by means of artfully composed photographs.

Photos by Stephen Shore deal with the same thing. In his photos we see cars from the 1960s and 1970s – photographed when such cars appeared everywhere, in the era when these cars were new cars, just recently assembled.

What a delight it is to see an artfully composed 1970s photograph – perhaps recorded with a 4 by 5 or 8 by 10 view camera, which features a lot of close detail – of a streetscape teeming with 1960s and 1970s cars.

It’s so much different from seeing a 1960s car now, parked along the road, or travelling – one 1960s car among hundreds of late-model cars – along some local roadway.

That is a remarkable book and – as an added bonus, from my perspective – it includes several evocative photos from Canada. I am so pleased that I came across this book, which I borrowed from the Toronto Public Library.

I also recently came across an article, in the May 11, 2018 print edition (p. B3) of The New York Times, entitled “Classic Car Museums Are Losing Much of Their Luster: Once-Popular Collections Close Down Amid Declining Attendance.”

The gist of the article is that people aren’t as interested in cars as they used to be. That’s all right by me. I’ve never had an interest in visiting a classic car museum. What I like to visit is a pop-up car museum, that exists as a museum solely because that is what I imagine it to be.

Virtual museums and the practice of mindfulness

One can speak of an unofficial pop-up museum as a virtual museum. It’s an imagined museum. Imagination plays a key role in so many aspects of each moment of our days, including our perception of everyday life.

As I’ve noted elsewhere at this website, I’ve been for many years a beginner practitioner of mindfulness. In that role, it occurs to me from time to time that what happened five minutes ago, or five seconds ago, is now, indeed, solely in the past – is now, in a sense, in a museum.

That museum, one can say, is all around us. So many artifacts abound, all around us as we go through the passing days, weeks, months, and years.

If we wish to see things in such a way, we can say that we are all museum-dwellers. The past recedes behind us, visible through our rear-view mirror, or visible in whichever way it occurs to us to picture the viewing of it, as we envision the past five seconds, five days, or five centuries of time.