I enjoyed the Etobicoke-Lakeshore Byelection Debate on July 23, 2013 at the Lake Shore Legion Hall.

It was organized by CARP, which I learned is now a standalone name for an organization representing seniors. It used to be an acronym for Canadian Association of Retired Persons; CARP no longer refers to the latter Association.

CARP describes itself as a member-driven organization that extends its community outreach through its chapters across Canada.

The attendance was quite low at the start of the event at 5:00 pm. By 7:00 pm when it closed, most seats were filled. In the first debate at the same venue earlier in the campaign, pretty well all the seats were filled and there was standing room only at the back.

That sums up the debate from my perspective.

The format was that there were written questions, which the candidates – the Green Party, the PCs, the NDP, and the Liberals were represented at the outset – answered. When the meeting was under way, a candidate representing the Party for People with Special Needs joined the discussion.

Doug Holyday said that the Ontario Municipal Board arrives at fair decisions, whereas politicians sometimes tend to state whatever appeals to voters.

Angela Salewsky of Green Party spoke of community boards in New York City doing a more capable job than the Ontario Municipal Board.

Peter Milczyn noted development in Mimico is in line with Official Plan. There was agreement that the population of the Greater Toronto Area will continue to grow in the years ahead and people will need some place to live.

Dan King of the Party for People with Special Needs spoke about the circumstances of residents who are disabled. He noted that a significant segment of the population deals with challenges associated with disabilities.

P.C. Choo of the New Democratic Party spoke about the changes that have occurred in Ontario in the provision of physiotherapy services and about the wider context of health care delivery in the province.

Each candidate spoke well. The chair from CARP did a great job ensuring that the audience desisted from heckling. 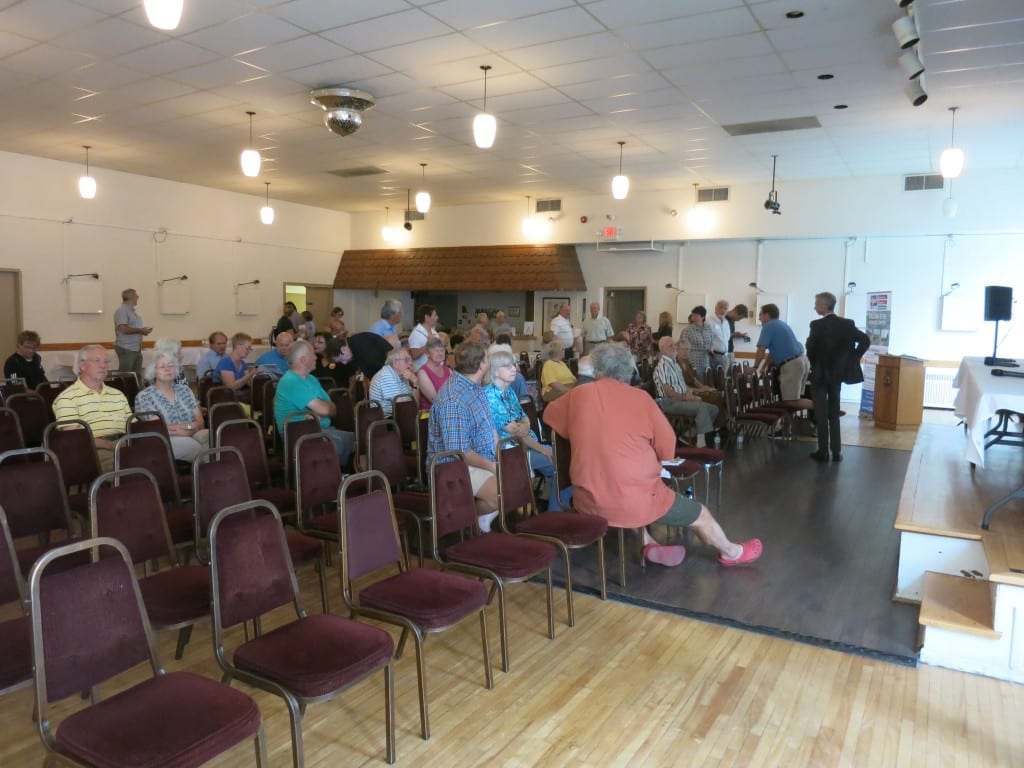 The room had plenty of empty chairs at the start of the debate at 5:00 pm but as the debate was winding down leading up to 7:00 pm, most seats were filled. Jaan Pill photo 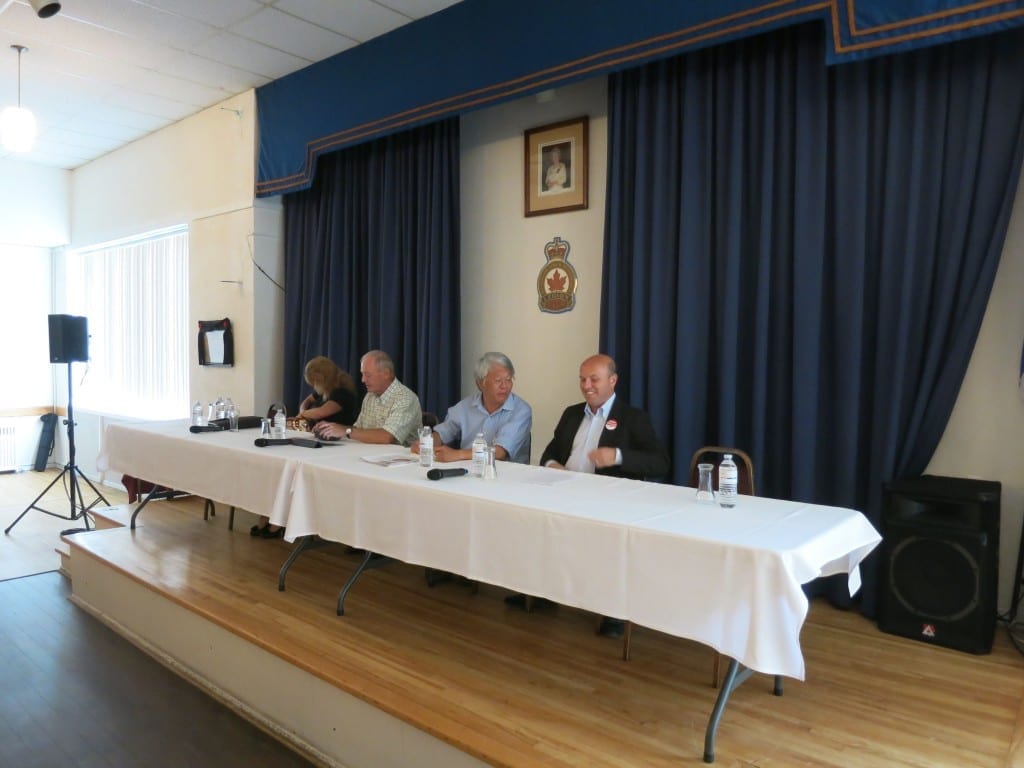 Candidates at ease prior to the debate. Jaan Pill photo