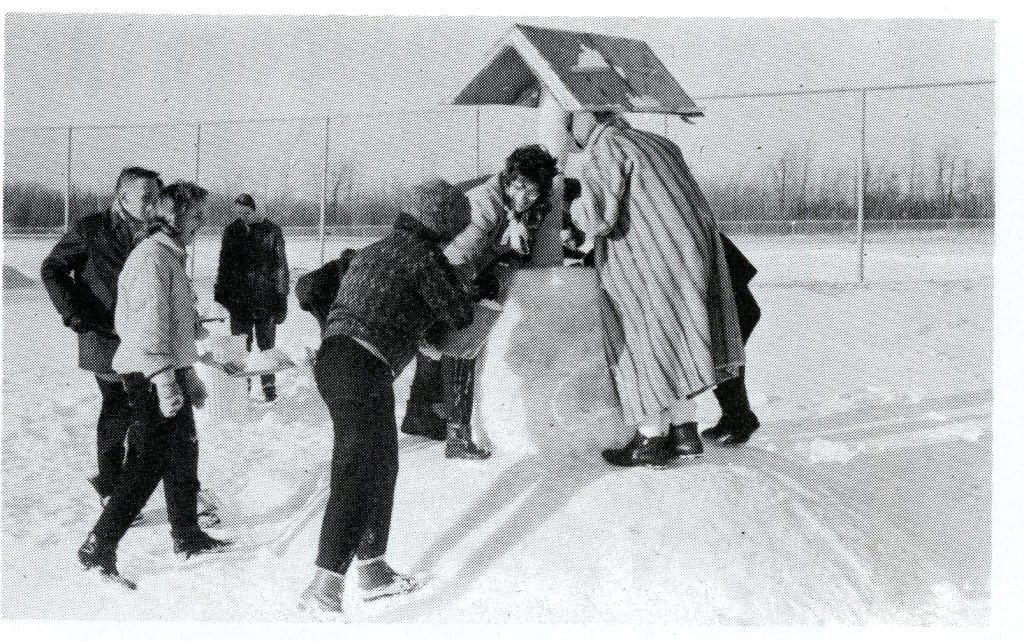 Whenever I look at a folder where I keep my recent scans of 1966-67 yearbook photos, I keep on coming across this “Wishing Well” photo from the 1961-62 MCHS yearbook. It’s been saying, “Look at me!” So, here it is.

Being an expert on wells as my name and hobby of genealogy might imply, this well is only a replica from a fairy tale, probably the one that begins with “Jack and Jill went up the hill to fetch a pail of water…” however this is not the original well, as I “WELL” know! In olde England, the original well was the location where the people went to a stream or brook to collect water…..the CARSWELL surname as far as I am concerned comes from the Borders region between northern England and traditional Scotland. It was separate area of lawlessness totally self-administered on both sides of Hadrian’s Wall built by the Romans. Among the fierce border reiver families were the KERRs alos misspelled as KER, CARR and CAR. The different branch names evolved and I suspect that my ancestors lived close to the watering hole, so to speak, which was known as CAR’s well…..hence the creation of the verbal CARSWELL….oh, and yes….the border reivers fought everyone including their neighbours, stole cattle, plundered homes and probably even raped women back then. In 1607 James VI of Scotland became James ! of England and created Great Britain thereby outlawing reiving. The Borderers who would not stop were hung or escaped to Ireland creating Ulster and the present-day provinces of Northern Ireland. Descendants settled in the Smokey Mouintains in the USA and all over North America creating new Scottish based homes everywhere. Neil Armstong, the first man in the moon, comes from one of the original 77 lowland families or CLANS. I am also related to the Armstrong clan and 7 other Scottish Clans from the Borders including the Reeds, the Scotts, the Kerrs, the Rutherfords and others but I will always be known as just an old watering hole. Such is life.

Graeme Decarie wrote (in an email to Jaan):

I have, even as I write this, at my side, Book Two of Elson-gray Basic Readers.

My grade 1 reader was Book One called Dick and Jane. It began with See, Dick, See Dick run. Run, Dick, run. Then it was Jane’s turn. See Jane. See Jane run. Run, Jane, run. Then there was Spot, their dog. See Spot….
well, you get the basic plot. It builds from there.

In grade 2, we moved on to greater heights with the book I now have. there’s a spell-binding story about a Farmer named Brown who was known to friends as Farmer Brown.

Does anybody remember either of these books from school?

I also remember the day,in kindergarten or grade 1, when I realized, “Yes, I’ve been looking at that alphabet above the blackboard, and, Hey, I’ve now got it memorized.”