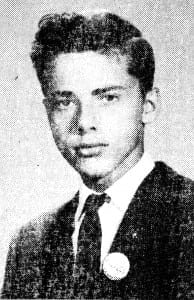 My life began in Ottawa, joined a few years later by my brother, Gary. But I grew up in Montréal, home to les Canadiens, maître du coupe Stanley, and to the local gang of French kids that would occasionally torment me on the way home from school. Not that I could ever hate those people because my mother was French Canadian, and my fondest childhood memories were of francophone family in Ottawa, especially la fête Quirouette, the family new year reunion. My father’s people, of Scottish Presbyterian roots, lived in Thunder Bay so we didn’t get to see them as often. Nevertheless, my dad gave me the gift of bagpipe music which he learned growing up in Thunder Bay, which I play to this day. The cultural mix left me with a catholic religion, a protestant education and a unique perspective on music. My first experience of language was French but I was soon switched over to English, such that it was never quite clear to me who I really was. 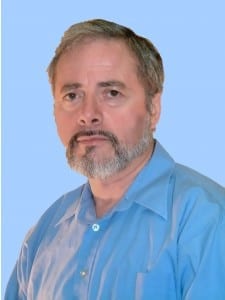 Malcolm Campbell High School evokes vivid educational memories: notably the teachers, classmates and classroom antics, such as the time in chemistry lab when we let a chlorine gas experiment get out of hand, simulating the experience of soldiers at Ypres. Living to the south of Rue de Salaberry, my early schools were Parkdale and Elmgrove rather than Cartierville, but later we all went to Laurentide and Morison. The gateway beyond was grade eight at Montreal High, where the boys half of the school was separate from the girls half, where the strap was used six times that year to enforce discipline. It was also across the street from McGill University where I spent seven years acquiring two degrees and knowledge of what I was: a university professor like the professor who gave me my first summer research job. So I went on to McMaster University for my doctorate, then to my career at the University of Toronto researching glaciers and climate, even to gain international recognition for work done during my sabbatical leave at the University of Colorado.

Piper in the band

At McGill I met the mother of my children, who had come from Poland to Canada with her parents, thus opening up a whole new cultural experience for me. We raised four children, two girls and two boys, educating them in the Ontario public school system, followed by university and community college. Our family vacations often involved camping and long car trips, such that our kids experienced Canada by land, from one end of our country to the other. An especially happy memory for me is the day when my whole family joined in the annual Hamilton youth parade: me as a piper in the band, Lisa, Andrew, Nora and Adam as scouts and guides, Krystyna as a guide leader. Sad to say, our marriage ended when our children were passing through their teens, but we still see one another during times of special family celebration and crisis because parents must always be there. Not to be deterred, our children have been active, creating ten grandchildren.

My life has taken me to interesting places: research camp on Eclipse Icefield where Mt. Logan stands high in the cold blue Yukon sky; Stocznia Gydańska where Solidarność arose to reform Poland; Tiananmen Square, site of triumph and tragedy, where old men fly lighted kites that mimic dancing stars on Beijing summer nights. Memorable though these and other places are, the strength of my educational memories amazes me, a strength born of an impressionable time in our lives facing teachers who believed that they had intellects to shape, as did we, notwithstanding differences in viewpoint. Life’s questions for me then were always about the what and who of personal identity, what answered years ago at McGill, now leaving me as a Professor Emeritus of Geography.

As to who, I’m still working on that one, have been ever since childhood. To that end I attend church most Sundays, do band practice most Wednesdays and recognize Thomas as my patron saint. Even though he wasn’t from Missouri, he still had to be shown, and so do I.