I’ve recently posted items about the three Jane’s Walks that I was involved with this year, by way of helping with the organizing, that took place on May 2 and May 3, 2015. 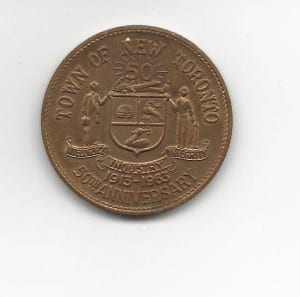 On May 4, 2015 I heard from several people who were especially pleased about the May 2 and May 3 walks they attended in New Toronto and Ward 5 (the latter being the Spaghetti Junction walk). Similarly, I’ve heard several positive comments regarding the Small Arms Jane’s Walk in Mississauga on May 3.

I’m really pleased that these events turned out so well. We all had a lot of fun, and learned many new things. As well, we got lots of exercise. On all three walks, I spent time carrying around a portable amplifier, and I was pleased that other people helped out with the carrying as well. 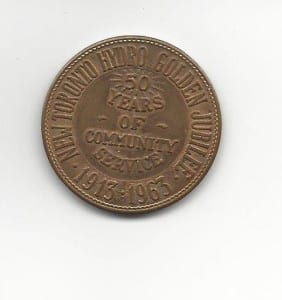 I’m really pleased to drag the amplifier everywhere I go, up and down hills, at great distances, no matter what. I like to do that because the experience of the walk participant is the priority that matters most to me. If everybody can hear every word that every person, who wishes to speak, has to say, then that is a tremendously valuable part of any Jane’s Walk, in my understanding of what a Jane’s Walk entails.

For the current post, I’m pleased to share some photos that Mike James has shared as attached files. 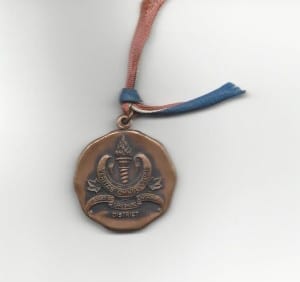 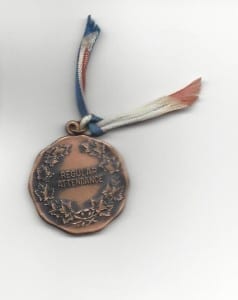 For the first set of photos at this post, Mike James writes:

Thanks again for giving me the opportunity to share the walk with both of you. Attached is the scan of the 50th anniversary coin that was given to elementary school pupils in the Lakeshore District School Board schools in New Toronto (2nd and 7th street schools). Ron, the older man on the walk confirmed that secondary pupils didn’t get it. Feel free to use this as you see fit, as long as you note that it was contributed by me. Next, I will send you a scan of the attendance medal I received in grade 6.

For the second set of photos, Mike James writes:

Here is the attendance medal given to all grade 6 pupils in the schools of the Lakeshore District School Board (Mimico, New Toronto and Long Branch). It is made of bronze. Grade 7 pupils with perfect attendance received a similar medal in silver and in grade 8, it was made of gold! Unfortunately, I only had perfect attendance in grade 6. I will also be sending these pictures to Wendy Gamble, president of the New Toronto Historical Society, who is writing a history of the town.

[End of text from Mike James]

I have heard from a good source, which Mike James has brought to m,y attention, that Michael Harrison is the author of an upcoming history of New Toronto.