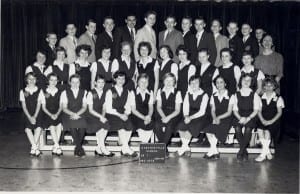 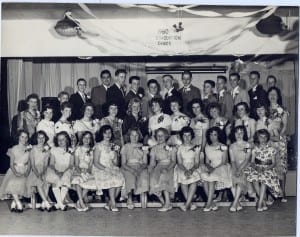 Lynn (Kingdon) Barnes has posted a message at an earlier blog post, entitled:

The photos on the right are from the latter post.

Lynn’s massage, which I’ve posted as a separate post – the one you are now reading – as a means of bringing attention to it, reads:

Oh my, so many memories! So happy I came across this post. I moved away from Montreal in 1978 to Calgary and in 1980 I moved to Vancouver. I am married, have 2 children and am still working at an accounting firm downtown. I love to keep busy. My brother , Ron Kingdon is out here too and will retire at the end of this year. It is raining very hard here in Vancouver and I couldn’t sleep so I decided to search the web. So glad I did. I am on Facebook under Lynn Barnes and would love to connect with some of these school mates. Hope you are well and enjoying life!

Hi Lynn, what a treat it is to read your message!

I met your cousin Colleen (Kingdon) Weaver at the reunion. It was a delight to meet het and her husband, Steve Weaver.

I thought at first it was your sister, but Lynn (Hennebury) Legge has set me straight, for which I owe many thanks.

I love the story of how the rain in Vancouver brought you to this blog post! 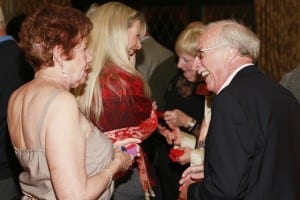 In the next while I will figure out (my apologies for being slow about such things) what the names are (I don’t like to guess at any names; I will check my varied lists to get the correct spellings of names), of the participants in this photo from the Business Card Game organized by Lynn (Hennebury) Legge at the opening of the MCHS 2015 Sixties Reunion, which took place on Oct. 17, 2015 at Old Mill Toronto. Walter Psotka photo

It’s now been almost a month since the Oct. 17, 2015 MCHS ’60s Reunion. I’m just now starting to get back to work, on tasks that still remain to be completed, in connection with the reunion.

But first I’ve taken some time off to catch my breath, from two years of at times quite intensive work, on the planning of the reunion along with the rest of the organizing team. Plus, I’ve been catching up on a few projects that I have put on the wayside while I worked on the reunion.

I’m now getting back to work – back to work as a volunteer. I’ll catch up in the next while with posting more and more photos and comments from the reunion.

On Wednesday, Nov. 18, 2015, the MCHS 2015 Event Committee will meet at a Boston Pizza in Kitchener, at which time we will share reflections concerning the reunion, and the reunion planning process, and will get an update on where we stand, now that the figures are in, with regard to the budget. I have the sense that the budget ended up in pretty good shape. 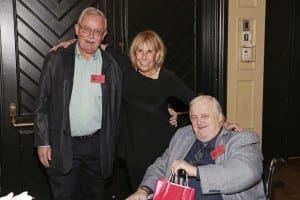 Left to right: Klaas Vander Baaren (MCHS 1964), Soryl (Shulman) Rosenberg, who was a Phys Ed teacher at MCHS in the 1960s, and who is just a few years older than the students she was teaching in the early 1960s, and Bob Carswell (MCHS 1963), with whom I have coffee once a month, as he lives nor far from me, in South Etobicoke in Toronto. Walter Psotka photo

We will know the final financial figures when we meet in Kitchener on Nov. 18. As always, any MCHS grad who would like to join us for the meeting is most welcome to attend.

At an earlier point, we were concerned that we might be facing a deficit. Fortunately, we were able to make a change from Brule Room C to the Humber Room, at Old Mill Toronto, at close to the last minute, and that meant that we had to spend less money on the meeting room  that would otherwise have been the case.

We owe special thanks to Lynn (Hennebury) Legge for suggesting to me that I speak with the Sales Executive, at Old Mill Toronto, who was our initial contact at the hotel. I contacted the Sales Executive, and she said at once that the solution, in the circumstances, was to change the room where we were planning to hold the reunion. That worked out beautifully.

It was a great reunion, from all indications. I will post more photos and reports in the next while. In the meantime, I’m getting ready for another of the projects that I’m involved with – in this case simply as a blogger, providing updates on the news in a community immediately to west of where I live in Toronto, at the Mississauga-Toronto border:

Another project involves helping out in a small way with the founding of the Long Branch Neighbourhood Association: