I was very pleased to receive a message from Daniele Rossi of Vaughan who recently came across a landmark in Kleinberg (north of Toronto), namely a bridge named after John Graves Simcoe.

Years ago, I learned so many things about social media from Daniele Rossi, whose website is at Daniele Rossi. His LinkedIn profile can be accessed here. 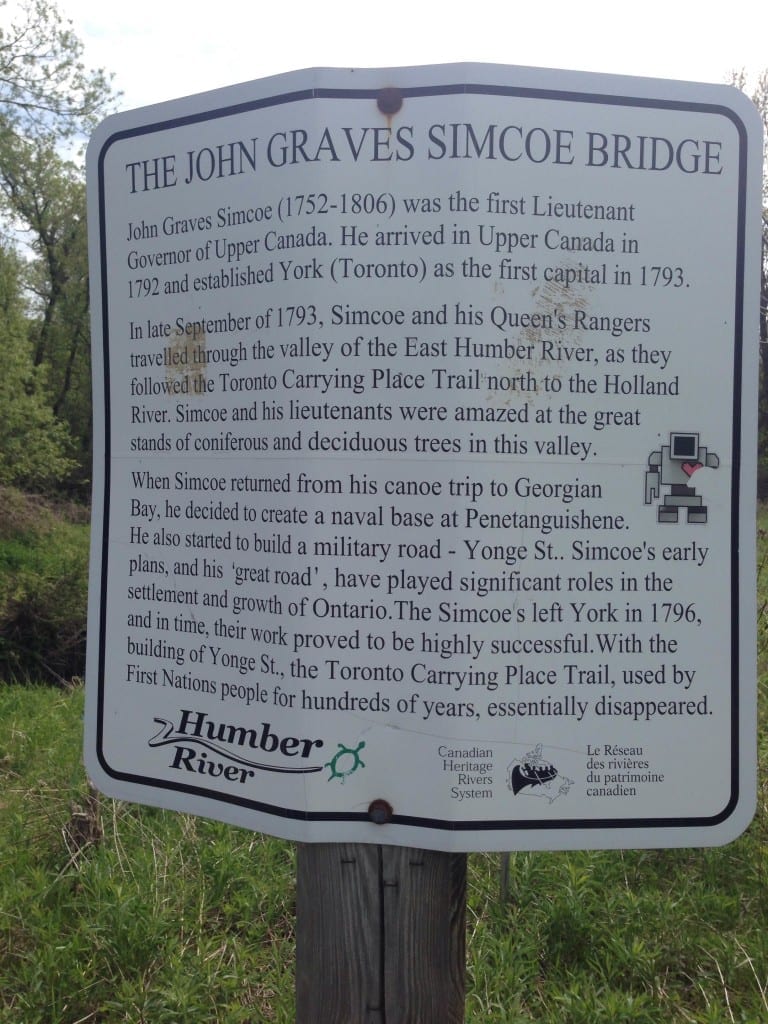 For previous posts about the Humber River click here >

The first European settler (Colonel Samuel Smith) in what is now Long Branch, the South Etobicoke neighbourhood where I live, was a friend of John Graves Simcoe. I’ve written a 10,000-plus word post about the history of Long Branch and a few people have actually read the entire text: