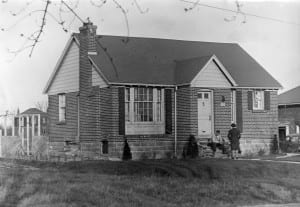 I recently joined a Facebook group called “Did You Live In Mimico / New Toronto / Long Branch?”

A number of people have shared comments, at the Facebook group, about a longread article – 10,000 words-plus – that I’ve posted at the Preserved Stories website, entitled:

I’m pleased to post the following Facebook comments (with permission from Jo-Ann Langley) and look forward to posting more of them after I first get permission to post them. It will take me a while to contact people who’ve posted additional comments at Facebook. (I tend to work slowly, in part because I have many projects on the go, and in part because I’m just plain slow.) Here’s a June 2016 discussion from Facebook:

Jo-Ann Langley: Very interesting, my parents built on Arcadian Circle in the 40s, or according to what I read here, previously called Connaught Circus [Note from Jaan Pill: Yes, the 1935 document refers to Connaught Circus; that may or may not have been a misprint for Connaught Circle in the original document. We will need to do some research on this topic.] 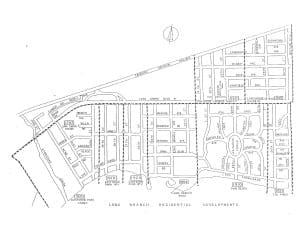 Long Branch Residential Developments. As with other images at this overview, you can get a closer view by clicking on the image.

Jaan Hendrik Pill: That dates back to an interesting subdivision, with all the winding roads, set up in 1910.

Jo-Ann Langley: You can certainly use my comments and I have a picture of my parents in front of their newly built home on Arcadian circle in 1940s if you can use it.

Jaan Hendrik Pill: Good to read your message Jo-Ann. I will add your comments as an additional item in the comments section of the History of Long Branch – DRAFT 4 post. Yes, it would be great to be able to use the photo.

That’s a beautiful photo. I like the fact that Jo-Ann Langley’s Parents Nora and Arnold Langley are not in a formal pose, looking at the camera, but are instead in the midst of what appears to be a conversation. It’s wonderful to see how effectively the photographer has captured the moment.

I note from the Subdivisions Map that Arcadian Circle was at the heart of the 1910 development.

As the above-mentioned longread article about the history of Long Branch notes, prior to the 1910 and subsequent subdivisions, a still earlier development phase – known as Long Branch Park – was established starting in the late 1880s, along the Lake Ontario shoreline near where Long Branch Ave. is located. In 1935, many streets in Long Branch were renamed. Click here to access a list of previous and current Long Branch street names:

On the topic of subdivisions, I much enjoy a recent study entitled: Subdivided: City-Building in an Age of Hyper-Diversity (2016), highlighted in a post entitled:

Message on the occasion of Marilyn Langevin’s retirement from the Institute... Soviets deported over 7,000 women, children, and elderly people from Estonia...
Scroll to top