A more complete and highly informative  overview of the contents of the Feb. 7, 2017 Long Branch Urban Design Guidelines Draft Document  is available at the website of Ward 6 Councillor Mark Grimes. We owe thanks to Councillor Grimes for the role that he and his office have played in the initiation and development of the Pilot Project. 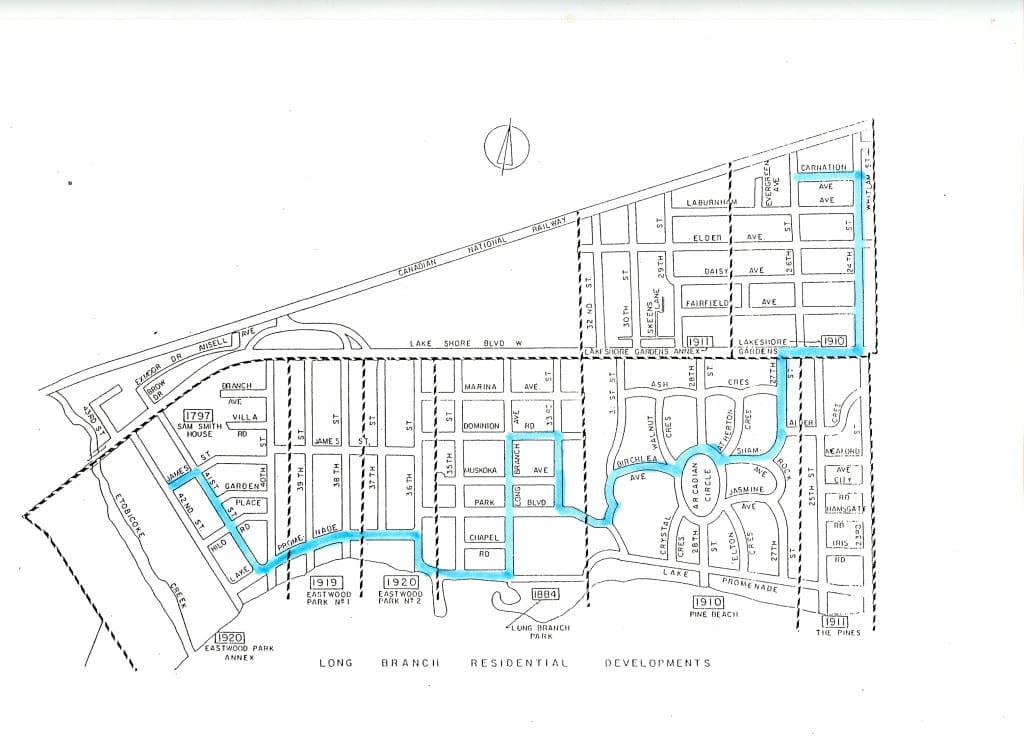 I am pleased to be a member of the Community Advisory Group for the Long Branch Urban Guidelines Pilot Project.

I have outlined the project in previous posts:

For the past thirty years I’ve been involved with many non-profit boards of directors, and have also sat on many advisory boards. It’s one of those volunteer tasks that a person falls into, on occasion.

In such volunteer work, in a leadership role you are ensured of being heard, and you have the opportunity to build alliances leading to majority support for particular plans of action; in an advisory role, on the other hand, there’s a chance of being heard but no certainty. People can take your advice or leave it and you do not have a vote. I enjoy such roles; I can learn a lot that I otherwise would not have learned.

I did not attend the May 17, 2016 public meeting at which the Guidelines project was introduced. However, since that time, I’ve had the opportunity to learn many details about the project. 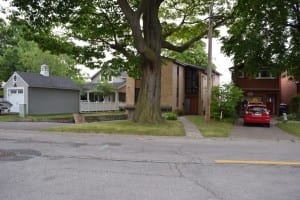 Photo chosen at random from along the Walking Tour route (in this case at Lake Promenade at the foot of Forty First Street) highlighted at this post.

A May 11, 2016 post by David Godley outlines the purpose of the latter meeting:

All Long Branch residents are invited.

Attending the Willowdale Community meeting this week (on a parallel study) leads to the conclusion this is going to be a useful exercise, especially so for the Committee of Adjustment. This will produce a guide for them and all concerned on more detailed appearance. Hopefully the OMB or other appeal body will give the guidelines weight. An advisory group to meet over the summer is also proposed as well as further community meetings.

Long Branch was the first neighbourhood to be chosen for an urban guideline study in Toronto. You will find the Sinclair, van Nostrand, urban design staff, the City’s Urban design group and local planners enlightened and plentiful. Public participation is central to this exercise. Contact Sabrina Salitano ssalati@toronto.ca Local Planner or Shawna Bowen sbowen1@toronto.ca Urban Designer for additional details. Some areas of Long Branch did not receive their mailed notification so please spread the news to Long Branch residents and owners.

On June 28, 2016 I received an email message from a resident who asked if I would be attending the Long Branch Urban Design Guidelines Walking Tour that was going to be held that evening. 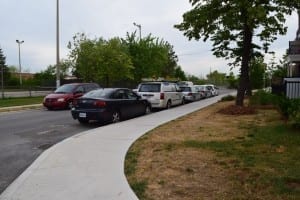 I checked about the walk and learned it was solely for the Advisory Group and City staff, and that people would need to sign up for it.

I made a further inquiry to see if I could sign up and a few days later my name was added to the Advisory Group.

How to read a street, and what to do with what you read

I have also studied the route using Google Street View and Google Satellite View, and have documented the route with video recordings and still photographs.

In recent years, I  have also had a close look at typical physical characteristics of parts of the route during canvassing for a wide range of political campaigns (Provincial and School Board elections).

What you see of a neighbourhood at the front door of houses, as a canvasser, adds additional, up-close detail and texture to what you see when you are standing on the sidewalk or driving down the street. 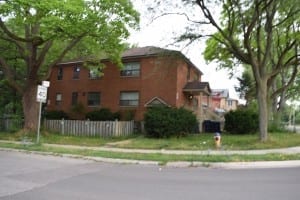 Photo chosen at random (in this case along Arcadian Circle) from the Walking Tour route highlighted at this post.

In some areas of Long Branch, such as north of Lake Shore Blvd. West along Exmoor Drive, again by way of anecdotal evidence, the houses tend to be moderate in size (with some exceptions especially involving recent infill projects). In other areas, such as corner lots in many parts of Long Branch and when you get closer to the lake, houses tend to be larger and on larger lots.

As a canvasser, I have developed an appreciation for the demographic profiles, life circumstances, human agency (the sense of having a capacity to have an impact on local decision making), and voting intentions that are evident along the streets of Long Branch.

The evidence that I’ve picked up is anecdotal evidence, as distinguished from empirical evidence acquired through academic or professional research. I see value in both types of observations; in a sense the distinction is between academic and non-academic observations; I draw strength from the fact that one of the legacies of the urbanist and writer Jane Jacobs is that non-academic observations by everyday citizens are of tremendous value – with regard to urban planning as with regard to other aspects of life.

These are among the things that I think about when I consider what’s involved when we speak about the reading of a street, which is not unlike what a person does when reading a book, screen, person, or anything else.

I did not attend the walk on June 28, 2016 as I was not yet a member of the Advisory Group at the time the Guidelines Walking Tour was held.

However, I have studied the route extensively (along with varied side routes that occurred to me) and have made comments, in time for the July 12, 2016 deadline for members of the Advisory Group to offer comments. It was great to have a deadline because that focused my efforts. One of the key things I’ve learned from the Walking Tour is the value of setting deadlines. 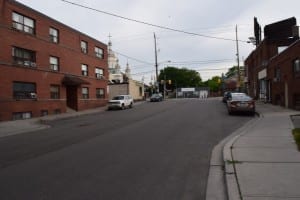 I am pleased to post (below) key excerpts including a map from the above-noted workbook, for your interest. 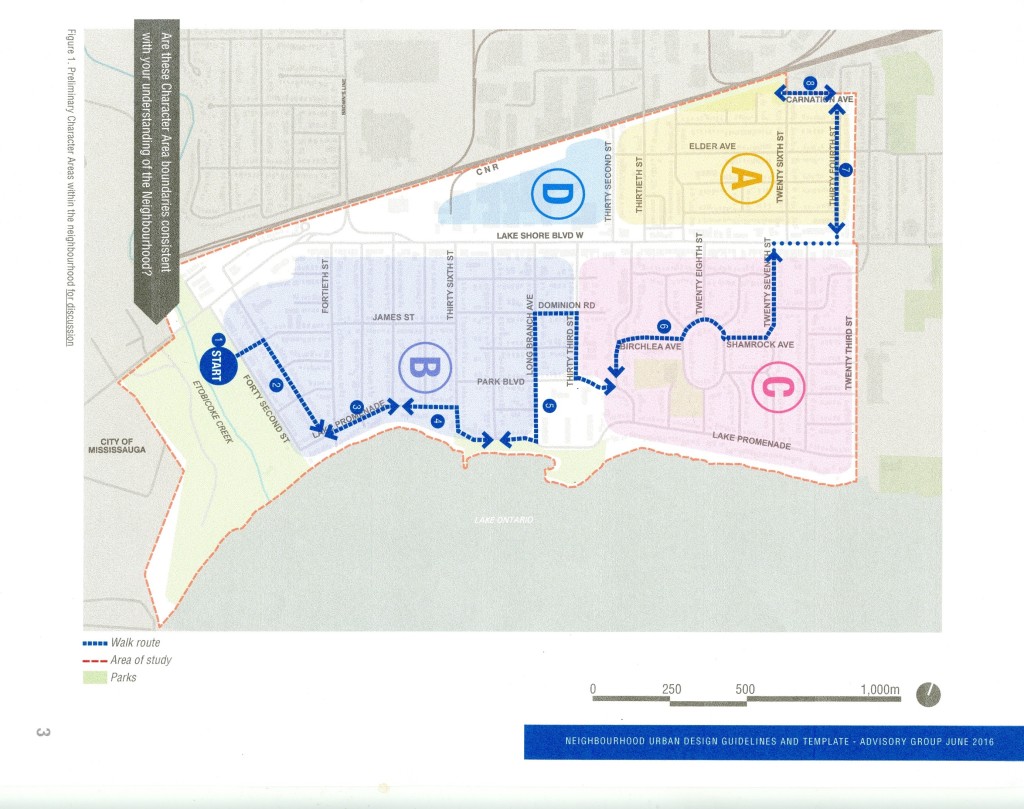 Following text is from the workbook:

The Official Plan sets out a vision for Toronto’s neighbourhoods as “stable but not static”, and that new development will be sensitive to and generally fit with the existing physical character.

Zoning By-Law. Change within neighbourhoods is also governed by the City’s Zoning By-Law. The Zoning By-law sets out numerical standards to regulate the mass, height, and location of buildings, percentage of open space, and the provision of parking spaces.

The term character refers to the spatial and aesthetic qualities of a specific area within a city that make it unique and distinct from any other area.

A neighbourhood’s character is composed of a number of individual elements that together contribute to the creation of a distinct ‘sense of place’: the street patterns, special places, interface of buildings with the public realm, consistent façade elements, colours and materials, treatment of front yards, types of trees and vegetation, etc. Character refers to the composite of the attributes of all these elements and it is not limited by architectural style.

A Community Advisory Group has been formed to assist with the development of the Long Branch neighbourhood urban design guidelines. The purpose of the Advisory Group is to provide feedback, guidance and advice at key points during the consultation process. It is composed of residents and other stakeholders. Advisory Group meetings will supplement the broader public meetings, providing an additional forum to test ideas and explore issues where there is a range of views.

Purpose of This Exercise

As part of the overall Neighbourhood Urban Design Guidelines project, two pilot neighbourhoods have been targeted to test and evaluate the Guidelines Template and Manual. This exercise falls within the second phase of a three-phase consultation process:

The purpose of today’s meeting is to further explore issues and opportunities raised at the first public meeting and identify potential design priorities for the neighbourhood as a whole.

The walking tour will follow the route as identified in page 3. A series of themes (1-8) have been linked to specific segments of the route: the Advisory Group will collectively discuss the themes in page 2 along the route. At the end of the walk, members can individually distill their thoughts into Design Priorities by filling in the form on page 4.

Character Areas are zones within the neighbourhood that have distinct conditions or traits, and that may require specific guidance in certain matters.

Three preliminary Character Areas have been identified based on the input received in the first public consultation session. The intent of this exercise is to clarify the differences between them and whether specific guidelines will be necessary to preserve the unique traits of each Character Area within the overall Long Branch study area. Help us understand to what degree local conditions affect the character of the Neighbourhood, based on this series of context-specific topics:

We heard that lots adjacent to natural areas are generally compatible. Should additional guidelines apply to areas adjacent to open spaces? What are the primary qualities that need to be protected?

We heard a range of views on the compatibility of a contrast in perceived heights. What are the best ways to mitigate the perceived scale of a building through design guidelines? e.g. stepbacks, pitched roofs, greening 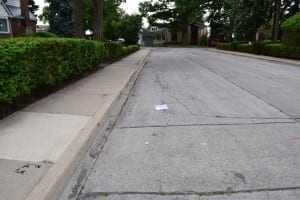 View of Forty First Street looking south toward Lake Promenade. I took this photo when I was looking for the Route Map that had fallen out of my back pocket while I was riding a bicycle to familiarize myself with the route of the Walking Tour. 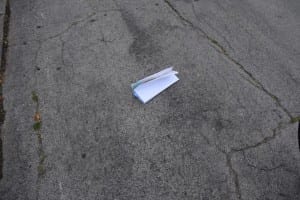 The map was where I had dropped it.

4) Public Realm Within the Street

We heard that mature trees are generally compatible and a range of views on the compatibility of sidewalks. Should the guidelines for the public realm be consistent throughout the neighbourhood or vary by character area / specific streets?

Based on our preliminary analysis, there is almost a full block of buildings on the Heritage Register along Long Branch Avenue. 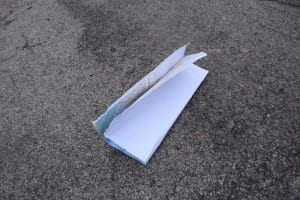 Should additional guidelines apply to areas with many heritage register buildings?

Based on our preliminary analysis, the arrangement of buildings on a street tends to differ based on the configuration of the street (i.e. how straight or windy it is). Should additional guidelines apply to streets based on their configuration? 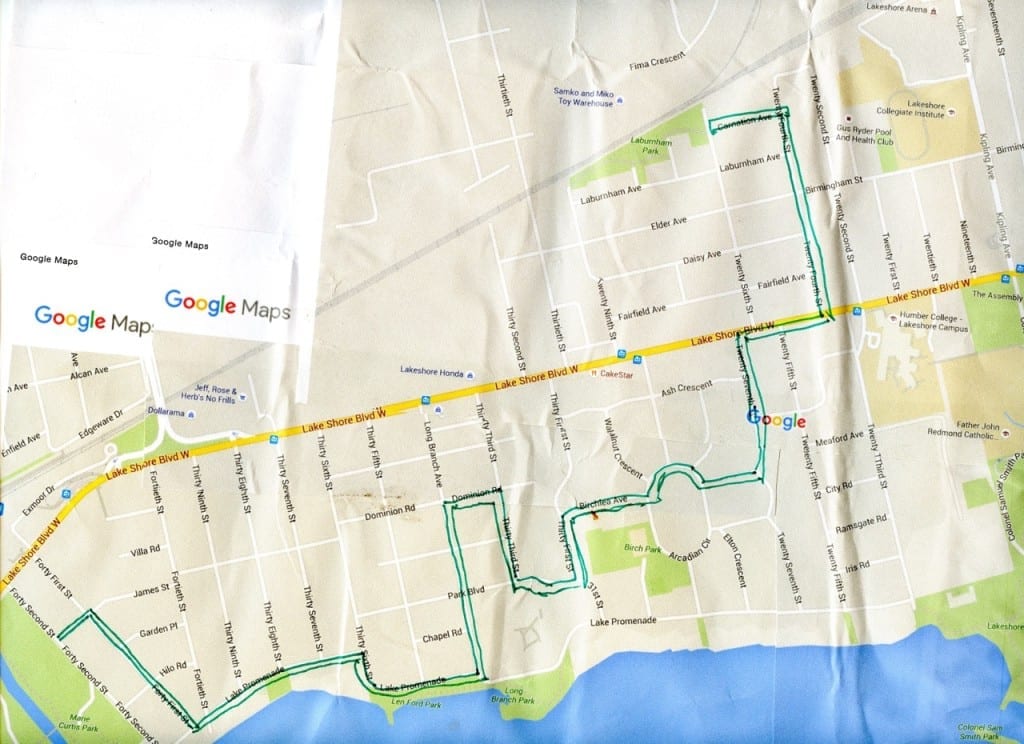 This is the map which was resting on Forty First Street. The printout, from Google Maps, traces the Long Branch Urban Design Guidelines Walking Tour. Click on the image to enlarge it.

7) ‘Front Streets’ and ‘Side Streets’

Based on our preliminary analysis, there is variation in the configuration of lot frontages along certain streets. Should additional guidelines apply to streets with varying lot configurations?

Design Priorities are the summary of the issues and opportunities analysis for both the full neighbourhood and specific to particular areas. They are the starting point for drafting the principles that will direct the overall urban design guidelines, as well as identifying supplementary guidance that Character Areas may require.

Based on the urban design themes elaborated in the previous session, please list what the specific design priorities are and identify in which Character Areas (A, B, C or none [see the map at this page]) they apply:

[The following questions were covered in this part of the workbook; for this web posting, I have omitted details and layout connected with the questions.]