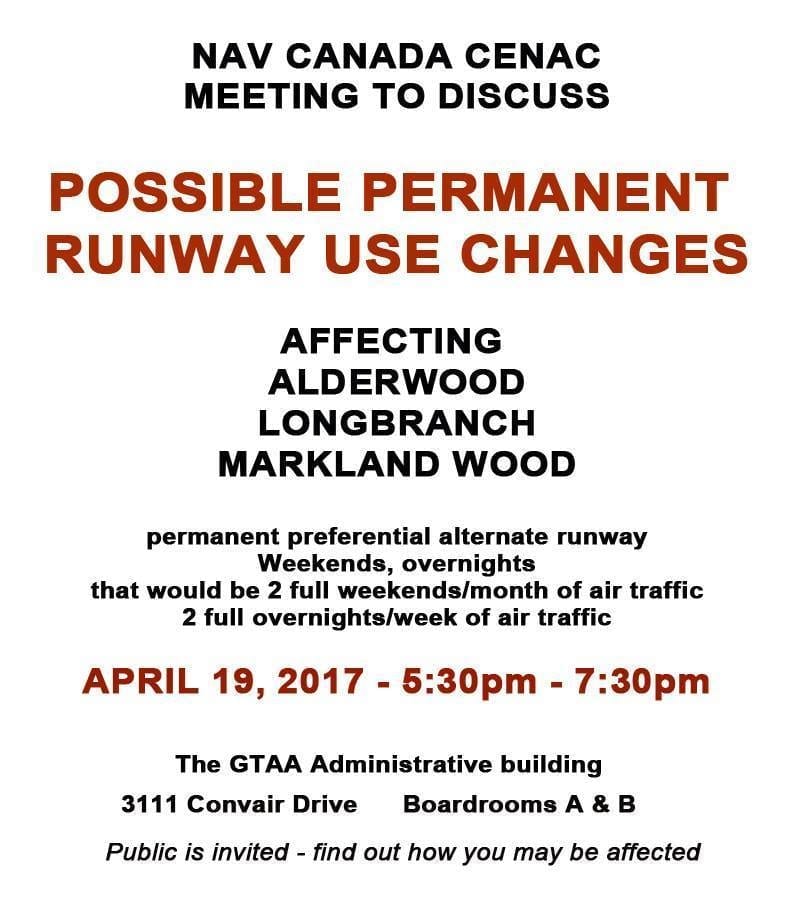 I have received the following message by email, and have also read about this topic at a “Long Branch Development” Facebook Page.

Message regarding increased aircraft traffic over Alderwood and Long Branch reads as follows:

You probably have noticed that the airplane traffic and noise has increased lately and there are plans by the GTAA to have planes fly over our houses for 2 weekends a month and 2 nights a week all night permanently.

Anyways there is a number/email you can contact to register your complaints. This is basically how the air traffic has been rerouted to our neighbourhood because other neighbourhoods complained loudly.

There is also a big meeting scheduled for April 19th to address the issue, I am not sure of the details.

There is also a Facebook page “Alderwood Airplane Noise”:

[The comments below serve to round out some of what is known, regarding this topic]

For details, here’s a link:

An April 2017 (not clear about exact date) CBC article is entitled: “Planes diverted around Toronto skies while Canada’s busiest runway gets a facelift: East-west Runway 05-23 will be closed for repairs until mid-May.”

An April 16, 2017 CBC article is entitled: “Toronto homeowners cash out of hot real estate market amid uncertainty: Agent says some buyers are delaying purchases in anticipation of possible fixes.”

Toronto Preservation Board to consider designation of the historic Blue Goose... Smoke Signals (1998) is adapted from a short story in The Lone Ranger and Tonto...
Scroll to top