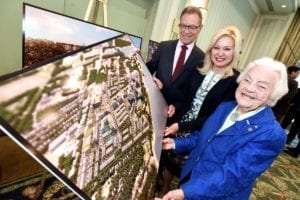 The additional two images (below) at the current post are from the above-noted article. You can find additional images at the Torontoist article, the opening paragraph of which reads:

West of the Credit River, the marina, and the historic Port Credit village, the Mississauga street grid is broken up by an expanse of vacant land. From above, the former Imperial Oil Lands could—depending on the season—be mistaken for a park. The street level tells a different story. A 72-acre stretch of brownfield land remains fenced off to the public; a remnant of 20th century industry. In March of this year, however, the long-vacant site was officaly sold by Imperial Oil to the ‘West Village Partners’ (WWP) development consortium, who have now revealed a draft plan for the site’s mixed-use redevelopment. 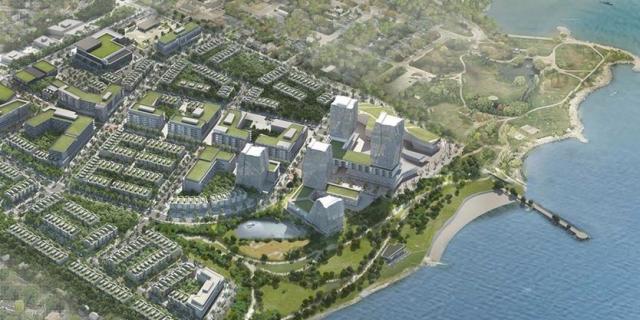 The draft plan outlines a vision for the site, image via West Village Partners 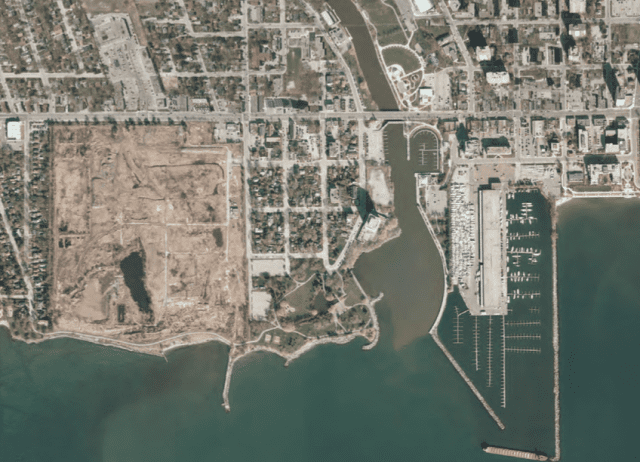 The site’s current context, image via City of Mississauga

An Urban Toronto article regarding the project is entitled: West Village Port Credit