A Feb. 8, 2015 Metro News article is entitled: “Majority of schools slated for closure are in Toronto’s poorer neighbourhoods.”

“Last night, with a crowd of angry parents and teachers outside, Toronto District School Board trustees voted to consider what to do with 48 under-utilized schools over the next three years. Matt Galloway spoke with Margaret Wilson. She was the author of a report on problems at the TDSB, which was released last month. Among the report’s recommendations was for the board to close schools.”

“Ms. Sandals said the option of appointing a supervisor is still “open” to her, but that is not what’s needed at this time. A supervisor, she said, would strip trustees of their powers but leave the structure of the board intact while doing nothing to address management problems identified in Ms. Wilson’s report.

“The panel, by contrast, has a wider mandate to examine the structure of the board and to recommend governance changes, including possibly breaking it into smaller entities, Ms. Sandals said.

“ ‘Certainly, one of the things that Ms. Wilson identified was a very top-heavy [organization] where there seemed to be a distance between administrative structure and actual focus on student achievement,” Ms. Sandals said. “That might involve [breaking up the TDSB]. I’m not presuming that outcome.’ ”

An April 1, 2016 Toronto Star article is entitled: “Toronto school board dividing into ‘learning centres’: Too big, too unwieldy, too impersonal — criticisms of Canada’s largest school board lead to plan to break it up into smaller centres.”

A Jan. 15, 2015 CBC article is entitled: “TDSB [Toronto District School Board} governance review reveals ‘culture of fear’: Trustees are mistrusted within schools, according to an external report on the troubled board.”

The report, which can be accessed at the article, is worth a read.

PricewaterhouseCoopers LLP report regarding the Toronto District School Board

As a former teacher, who worked for both the Toronto and the Peel public boards, here’s my take: The concept that a good way to run a school board is to have all key senior staff filled by management personnel who have worked their way up from the classroom is not a sound concept. There has to be a better way.

Every public or quasi-public institution, as is the case for every corporation, as is the case as well with judicial and quasi-judicial bodies (such as the Ontario Municipal Board), warrants close scrutiny by independent other bodies. The alternative is to perpetuate the kinds of culture and the kinds of practices that are associated with what the Canadian social theorist Erving Goffman terms “total institutions.”

Senior management positions require experience in the wider world; restricting the selection of senior management to former teachers, who’ve worked their way up within the closed world of a school board power structure, is not the best possible way to go. I’ve never heard a good rationale for such a hiring practice. I say this as a former teacher, and with full respect and admiration for the great work that a majority of teachers do in their classrooms, frequently under stressful and demanding conditions.

The demanding conditions include the threat or reality of being assaulted. I refer to a Jan. 16, 2015 CBC The Current podcast entitled: “Students assaulting teachers in class, a common occurrence in Canada.”

As a teacher, I learned the value of vigilance in the face of threats to personal safety. Eventually, I took an eight-week course in mindfulness meditation, which I learned about through a Globe and Mail article, to enable me to stay at ease in the face of the standard stressful situations. The latter course is among the best things that came out of my teaching career. 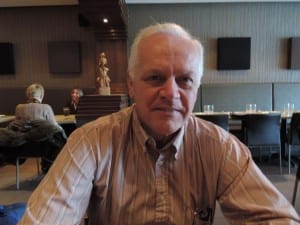 The above-noted CBC stories remind me of a war story from the 1963-64 school year, from a previous post, from Malcolm Campbell High School in Montreal:

“We shared our usual round of war stories – including an anecdote from Peter Mearns about the time that a husky and very tall student got mad at the French teacher, who taught the class that Peter Mearns was in. The student walked up to the teacher with the intention of having a fight with him. The teacher, experienced in such matters, hit the student first, spending him tumbling to the floor. When the student got home, if I recall the story correctly, the father staunchly sided with the teacher as was the standard practice, way back then, regarding such matters.”

The issue of the trustees is a separate issue. I support the conclusions of the above-noted Jan. 15, 2015 report.

The report is not that long, and it warrants a close read. We need to make things work better.

The Jan. 15, 2015 report, which is beautifully written, brings to mind an earlier post:

Ethnography offers the opportunity to practise journalism, filmmaking, and screenwriting

The report’s reference to “ward fiefdoms” is absolutely fascinating and ties in well with a person’s understanding of world history including the history of the British empire.