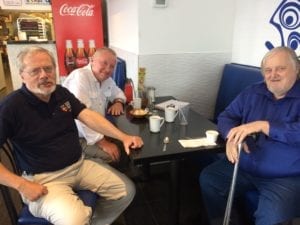 At a post entitled We have a question regarding archives, files, photos, etc. regarding MCHS grad Peter Parsons, MCHS Sixties Grad Daniel McPhail has commented (May 25, 2017):

My family purchased and moved into the house on Lavigne St in the spring of 1967. Upon moving in we noticed written on the wall of the partially finished basement were the words “farewell old house”.

I was really pleased that following the comment, Daniel got in touch with me, with the result that he was able to join Scott Munro, Bob Carswell and me for lunch at the Halibut House at 2814 Lake Shore Blvd West in New Toronto (South Etobicoke) early in June 2017 (if I recall the date correctly). 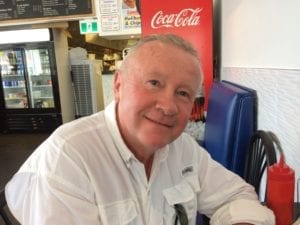 One of the things that Daniel talked about, when we met in June, was that students from Ahuntsic (which is where Daniel lived before he moved to Lavigne St. in Cartierville) used to take the No. 80 bus up Park Ave. to and from Montreal High. I hadn’t known about that bus route, and I was pleased to learn about it.

I also learned from Daniel that Patricia Parsons was the sister of Peter Parsons. That was something I did not know! If anybody has a news update about Patricia Parsons, please let me know.

As I recall from our conversation in June 2017, Daniel lived for a while in Meadowvale in Mississauga after moving from Montreal, and later moved to Milton, Ontario. 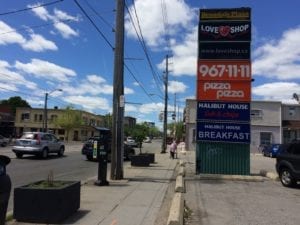 Daniel mentioned he is keen to get in touch, these many years later, with classmates from Malcolm Campbell High School. Please contact me – through this website or at jpill@preservedstories.com – if you’d like it get in touch with Daniel.

We will be getting together for lunch, likely in November 2017

We are working on planning of another lunch, again in South Etobicoke.

I’ll be in touch with people I’ve been in touch with earlier, including Heinz Thurner (Karl), who was in touch with me not long ago. Heinz lives in Burlington, Ontario, not far to the west of Toronto. 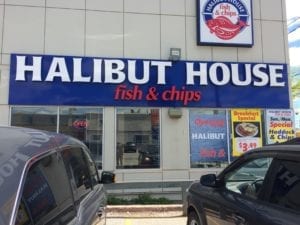 As well, Bob Carswell, Scott Munro, and Janet Hogg are on the email list, that I’ve put together, to help us with planning for our lunchtime get togethers. Janet has not yet joined us for lunch, as her work schedule at times gets in the way, but we look forward to meeting her in future.

The get togethers are usually about once a month or so. Over the summer, we have not met. Among other things, I’ve been preoccupied with an Ontario Municipal Board hearing. As a result of the outcome of the hearing, and because the timing is right for other reasons, we are moving away from Long Branch in South Etobicoke, where we have lived for the past 20 years. We are heading to Stratford, Ontario.

If you are an MCHS grad, or know any grads, who live in the Stratford area, please let me know. It would be great to have some lunch get togethers in Stratford, as well as in Toronto, and in towns between Stratford and Toronto. All it takes is a little organizing, and that’s always fun to do.

With regard to organizing, I want to mention that today I made a point of marking down a work schedule, for this post. I wrote a note to myself, indicating that from 7:00 pm until 8:30 pm, my task was to write this post. It’s 9:00 pm, as I write this. I’m very pleased that I followed my schedule. Having completed the post, I have the satisfaction of having made a plan, and of having followed through on it.

Lakeview Ratepayers Association AGM: Impressive meeting, inspiring speakers... Can you refer us to sources about the history of the watersheds at Stratford,...
Scroll to top