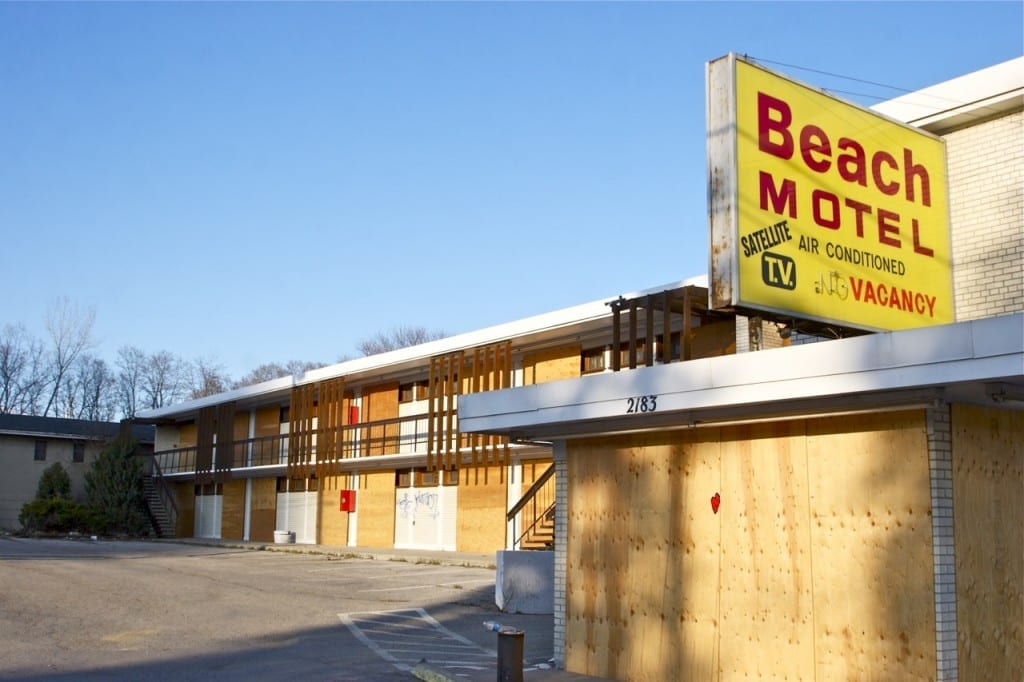 “The backhoe sat, claws at the ready above the yellow and red Beach Motel sign early Thursday morning.

“Duncan Farnan stood in the parking lot on Lake Shore Blvd. W. in Etobicoke with a few fellow onlookers Thursday morning [Nov. 15, 2012] before the last remnant of what was the famous — and infamous — motel strip was to be levelled.

“The area resident and mid-century architecture enthusiast mused that the sign should really be kept.

“’You don’t really know the value of some of these things until you look back much later,’ said Farnan.

“But as soon as area Councillor Mark Grimes concluded a brief speech, the backhoe roared to life. 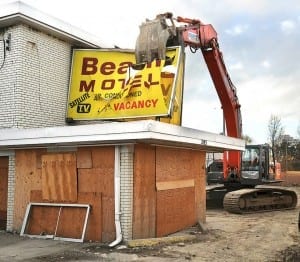 The demolition of the Beach Motel was also highlighted in this Nov. 15, 2012 article Tamara Shephard in The Etobicoke.