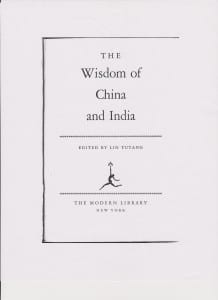 I’m pleased to share these scans from the book that Graeme Decarie received from his students at Parkdale in 1958:

It’s book given to me by my grade 7 class at Parkdale in 1958. It’s called The Wisdom of China and India, and it was signed by the class. I recognize some of the names from MCHS. Peter MacAllister, Vivian Zbik, Carol Damant, Diane Fagg, Linda Colucci, Don Robertson……

This must be the book that gave me my spiritual qualities.

I remember them well. As I read the names, I could still picture them in their seats. My, I miss teaching.

Bob Carswell is 71? I still think of him as the kid in my YMCA youth group at Cartierville school who was constantly demanding that I set up a game of “buck-buck”. 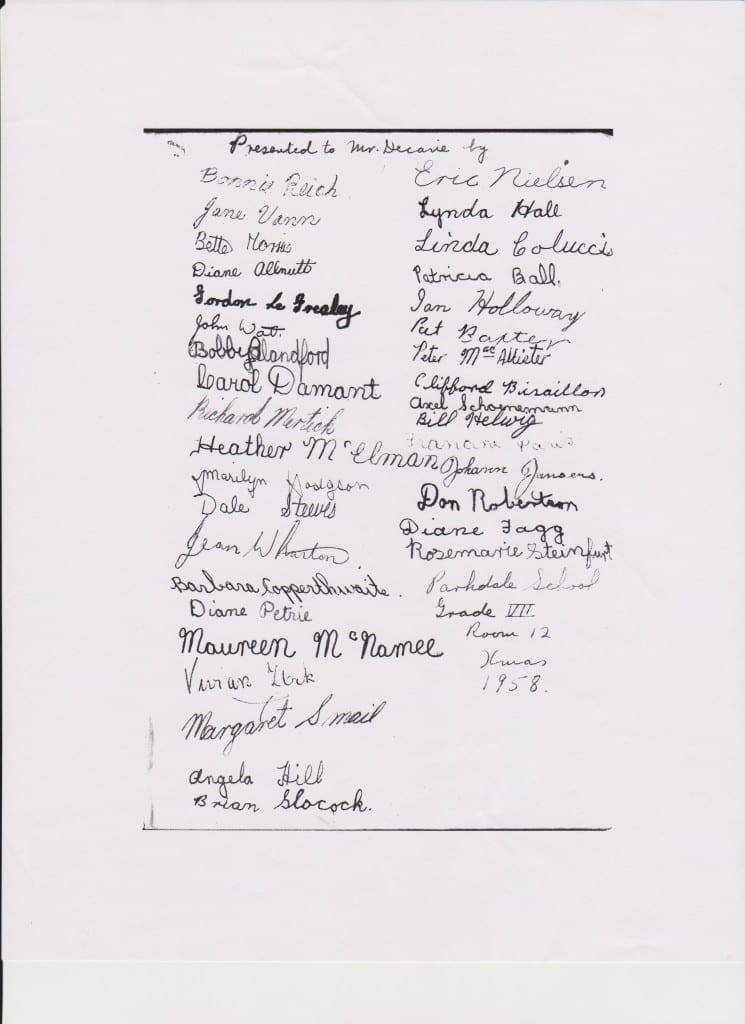